Q. Does the library have films on blu-ray? Where can I watch them?

Does the library have blu-ray discs and players the public can use? 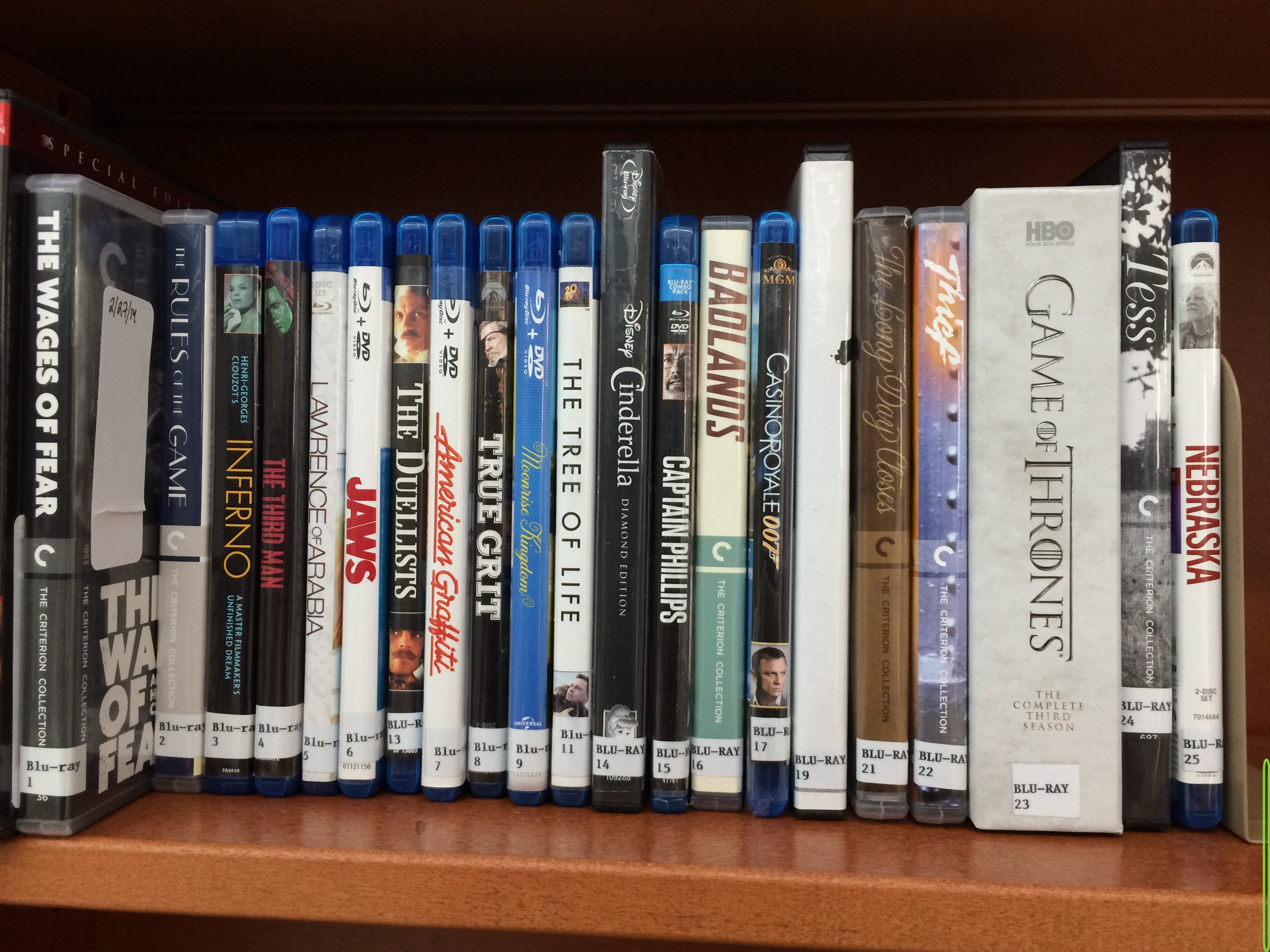 Checking out films on Blu-ray:

Most of the Library's film collection is in DVD format, however, we also have Blu-rays and are acquiring more all the time.The process of looking up and checking out Blu-rays is the same as checking out a DVD.

1. Search for a specific film (by title or director):

To find a specific Blu-ray, search the Library Discovery Search.Search by film title, director's name, etc. You can select "Books/Media @ Purchase" as your search scope to narrow your results only to items held at Purchase College Library. The call number tells you whether the film is a Blu-ray, DVD, or VHS. Write down the call number (ex: "Available at Purchase College Popular Film Collection Blu-ray 209").

2. Or, search for a list of films on Blu-ray

If you'd like to browse a list of Blu-ray films, go to the Advanced Search within the Library Discovery Search. Select Books/Media @ Purchase as the scope. Type Blu-ray into the search box (include the hyphen). Change "Material Type" to Video/Film. This will retrieve a list of most (but not necessarily all) of our Blu-ray films. 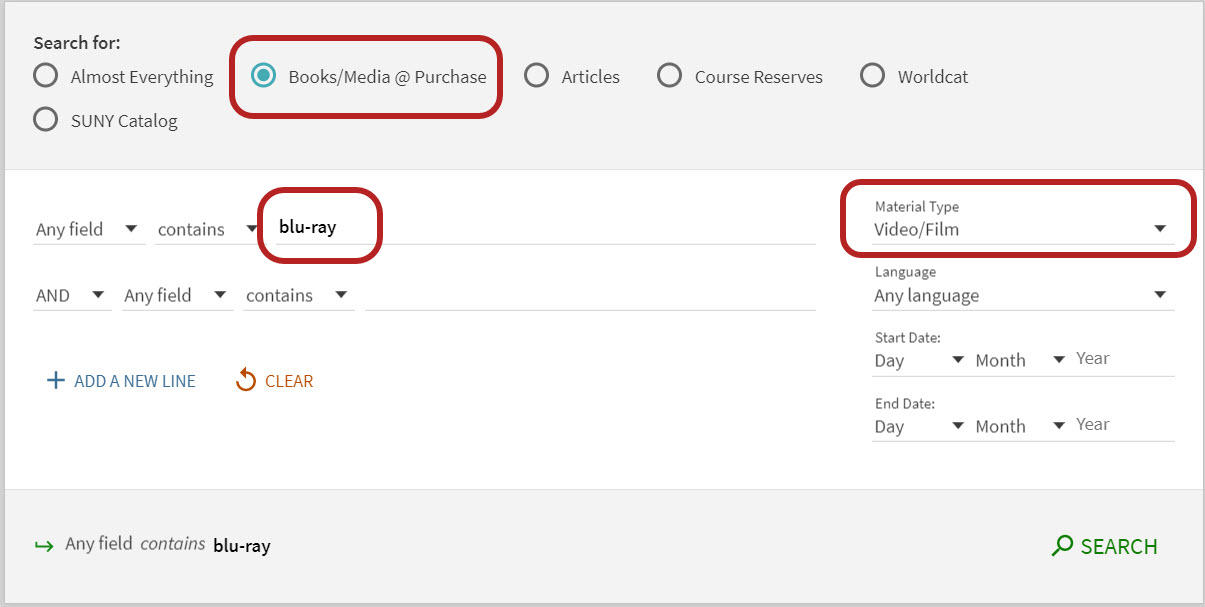 Use the call number from the Discovery Search to locate the case on the shelf. Blu-ray cases are shelved numerically in a group between the Academic Film Collection and the Popular Film Collection.

Like DVDs, Blu-rays are arranged by the accession number listed on the spine of the case (aka Call Number). These represent the order in which the Library received a film, and does not solely represent "new releases."  Newly acquired Blu-rays will be at the end of the shelf. 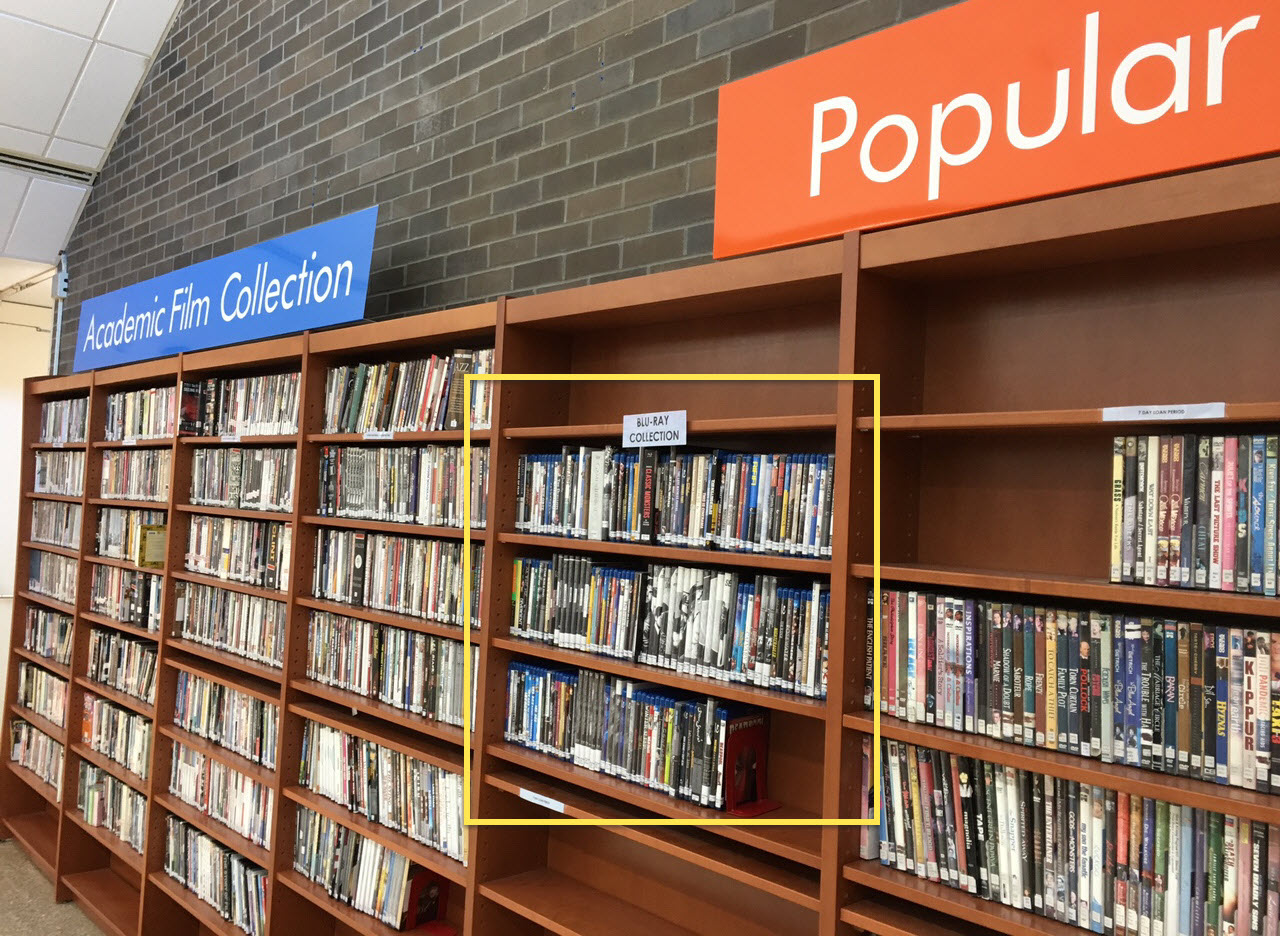 4. Check out the disc

Bring the case to the Circulation Desk where library staff will give you the disc and check out the film to you.

You can check out headphones from the Circulation Desk as well. We ask that you please use headphones whenever watching a film in the library to avoid disturbing others studying around you. 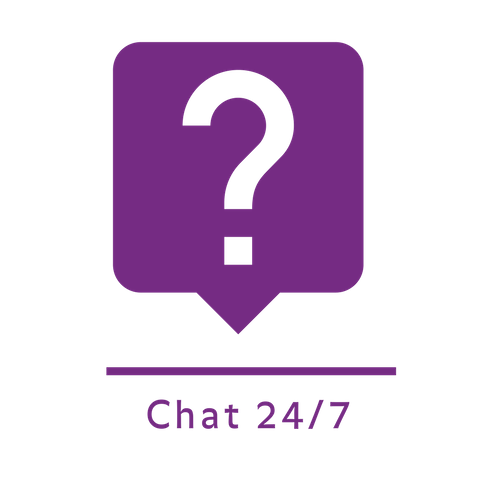